The quadrant seems to get more populated every day.  A feline family and several  solitary citizens occupy the quadrant, and rather than utilizing their own rations, attempt to pilfer them from Yard Base. Sometimes they simply loiter. Lieutenant Jack handles Yard Base border security. 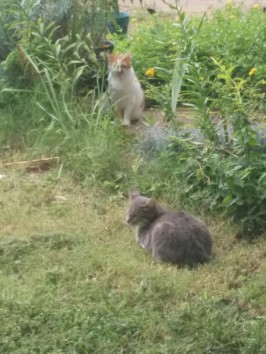 Lieutenant Jack keeping an eye on a quadrant resident loitering near Yard base.

The newest resident of Yard Base, contrary to my initial fears that he was using mind control, has proven to be an eager recruit. Cadet Loki accompanies Lieutenant Jack on border patrols and while he can be a bit over-eager, has proven reliable. 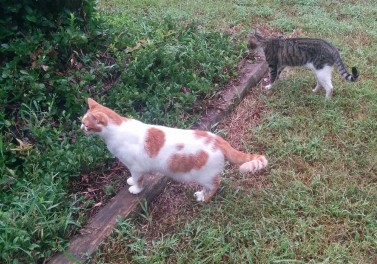 No incursions to report, sir.

The same ethics cannot be said of our senior Gallus gallus resident. She regularly steals the other Gallus gallus’ rations and has even been so bold to steal mine. 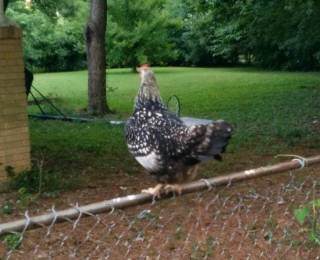 Fleeing the scene after stealing rations. 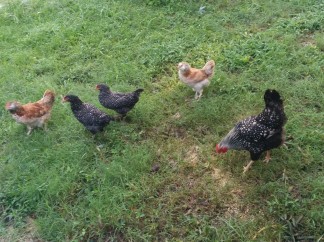 I would not be surprised if one of the Gallus gallus files a complaint.

It isn’t just the gallus either that have displayed unwelcoming behavior. Citizen Diamond expelled Cadet Loki from where he was docked, visiting Admiral Nom-Giver. She claims she had reserved docking privileges. 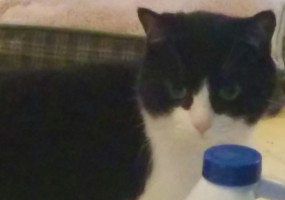 Citizen Diamond is a known dissident and should be watched.

One could argue that such behavior is to be expected from undisciplined civilians. Unfortunately I must report that our own Captain Marble was reprimanded by Admiral Nom-Giver for willfully venting her waste port within the boundaries belonging to one of the quadrants canine citizens. He was quite vociferous in his complaints. I imagine any aspirations towards a diplomatic career are no longer possible with that sort of action in her file. She has also been caught taunting feline citizens at times and laughing at them. Despite the reprimands, she seems to show no remorse at all. 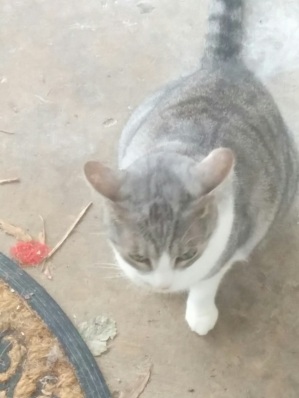 It’s highly aggravating, that’s what it is! She corners me and all that fur, all that slobber…it’s traumatizing is what it is. 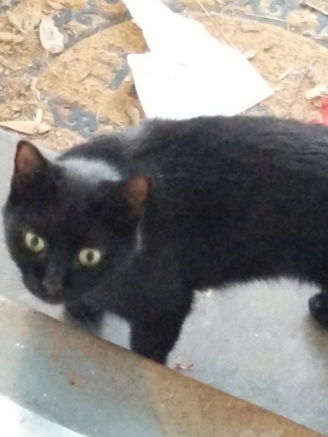 What in the quadrant is wrong with her?!

I suspect the long stretch of heat and rain forcing everyone to remain within the confines of Yard Base is to blame for much of this. Cooler temperatures should prevail soon and Captain Marble can find entertainment that does not involve harassing Citizen Lovey.